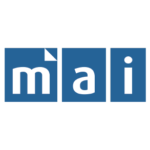 Robert B. Reekie, founding President of Media Associates International (MAI) and a pioneer in global Christian publishing training, died peacefully on July 18, 2022. He was 92.

“Our vision was to be a catalyst for indigenous Christian publishing,” Bob said in a 2010 interview. “We were fervently committed to finding ways through training and guidance to see increasing print-media products conceived and published by Christians in the same countries where those materials would be sold and distributed.”

Our vision was to be a catalyst for indigenous Christian publishing

Starting with no salary or staff and only a typewriter and table in modest rental space, Bob assumed his duties as MAI President in May 1985. It was a step of faith that God would honor by ultimately growing MAI into a significant global work that to date has conducted trainings in more than 90 countries for 10,000 Christian publishing staff and writers.

“Bob was an inspiration and mentor to so many around the world,” said John Maust, who succeeded Bob as MAI President in 1998 when Bob retired. “His legacy will be felt for years to come.”

Bob was born in Johannesburg, South Africa, on October 27, 1929, to Scottish immigrant parents. He held management positions with industrial firms there before leaving South Africa to pursue theological studies in America.

Completing his studies, Bob became a seminary professor of New Testament, as well as an ordained Baptist minister. In 1962, he accepted a position with the David C. Cook Foundation. As Executive Vice President and Director of the Foundation, he started its on-site training program and traveled extensively around the world.

Leaving Cook after 23 years and starting MAI presented Bob with perhaps the biggest challenge of his life. It was a decision lacking guarantees of success, but one Bob never regretted and that would help equip thousands of Christian communicators to create excellent culturally relevant content to nurture the Church and influence society for Christ.

“When Jim Johnson, Jim Engel, and I planned, dreamed, and talked about forming MAI, we knew the risk was mammoth, the future and sustainability uncertain, and the support for such a program quite unknown,” Bob said in the 2010 interview. “But we also believed that God’s leading was pressing us, and that it was opportune for MAI to launch into the deep.

“We called upon God to grant wisdom and strength to begin, reminded of Paul’s words to the Church in Corinth: ‘Therefore, since we have this ministry, we do not lose heart.’”