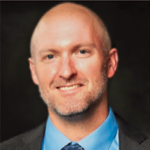 “I have found that there are three stages in every great work of God: first, it is impossible, then it is difficult, then it is done”.
James Hudson Taylor

Research shows there is no continent with less publishing than Africa. There is a huge unsatisfied need for books for its vast population of 1.2 billion people spread over 54 countries. Who is better placed to meet this need than authors, publishers, trainers in publishing, printers and marketers of Christian literature on the continent?

To kickstart the process of answering this question, a survey on the status of Christian publishing in Africa was commissioned. Concluded in March 2017, 292 respondents from 51 countries (42 in Africa), were interviewed. Though the majority were English speaking, a third were French and six per cent, Portuguese. Pastors and those in church leadership positions were in the majority. Others were lecturers or students in higher education, bookshop owners, librarians, a good number of authors, publishers, and staff in Christian organisations. Lamentably, very few had read books written by African authors.

The survey reported more publishers on the continent than expected but not all of them publish titles every year and there were plenty of inactive websites. Self-publishing is growing and so is reading on electronic devices – especially in Lusophone Africa. As would be expected; while most of the respondents read books written in English, they also read in more than fifty other languages.

The Cost of Books

An additional problem is the lack of foreign exchange and its high cost. For example, there is no Africa-based Lusophone Christian publisher. Angola is Portuguese-speaking and oil is its primary export. Thus, a drop in oil prices results in a substantial reduction of foreign exchange needed to import Portuguese-language books from Brazil, the country where most Lusophone titles originate.

There is no Africa-based Lusophone Christian publisher

Of great encouragement is the many leaders eager to see publishing flourish. Some of these include; Kahindo Katavo of the Baptist Community Center for Africa in Congo; Dr. Jules Ouoba Center for Evangelical Publications of Côte d’Ivoire, Dr. Barine Kirimi of Publishing Institute of Africa in Kenya, and Lawrence Dharmani of STEP Publishers in Ghana; all seeking to establish Africa owned book distribution.

In addition to high prices, logistics, and high or unstable foreign exchange rates, a lack of authors was reported as an inhibitor to African publishing. There are many people who wish to write including leaders of major ministries and denominations. It can be argued that the lack of authors is tied to the lack of publishers and that once publishers are established on the continent, authors from Africa will write.

While the problems facing African publishers are not new, there are new solutions. Logistical issues are overcome by printing locally (POD) and by the growth in the usage of smartphones (eBooks). There is a growing pool of potential authors. For example, there are 350 Africa Study Bible writers. These things indicate that this time, more than any other, is ripe for the birth of a robust African publishing industry.

And thus, in March 2018 – Africa Speaks was born! Leaders committed to seeing a flourishing publishing industry in Africa, 48 men and women from across Africa and the world, met at Trinity University in Bannockburn, Illinois. They created and signed the Africa Speaks Accord, defining their mission to facilitate a network of like-minded persons and organisations who will commit to working together to foster a flourishing African publishing industry for the enrichment of the Church and society in Africa and throughout the world.

This community welcomes those who work in some aspect of the publishing profession in Africa to join as full participants; or as associates due to their interest in some aspect of the publishing profession including an interest in literature and reading in general. With cooperation, we can live to see this great work of God – a flourishing Christian publishing industry in Africa – turn from impossible, through difficult to eventually being done!

A Unique Survey of Booksellers in 19 African Countries
Walking The Talk: Implementing the Africa Leadership Study…
Visible Signs That The Time Has Come For Us To Act
Journeying With African Christian Scholars and Writers
MTI’s Introduction to Magazine Publishing Course
HOW CAN CHRISTIAN PUBLISHING BRING HOPE TO AFRICANS IN THE…

Jeremy Taylor is the President and CEO of Tyndale House Foundation