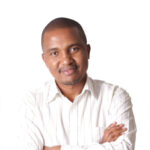 One of the movie series I watched with Maggie and the children during the Christmas break was Lord of the Rings: Rings of Power based on the novel The Lord of the Rings and its appendices by J. R. R. Tolkien. When faced with an imminent gloom of darkness and annihilation in the battle for Southlands, both (Arondir)the hero and (Adar) the villain, plant the alfirin seeds in the ground – in the hope of something new growing after the war passes. In the Elvish tradition, this represents the undying hope of life after the darkest darkness. They both recite the declaration while holding the seeds… ‘life in defiance of death’!

2020-2022 felt like a scene from the Lord of the Rings with one battle raging one after another: Covid-19, Tigray war in Ethiopia, terrorist attacks in northern Nigeria, military coups in Burkina Faso, unrest in Mali and not to mention the war in Ukraine. For many Africans living in these nations must have felt the despair.

Africa is holding a whopping six presidential elections in some of its politically volatile nations. What will this mean for the life and peace of these nations? What about their economies and the ripple effect on cross-border trade? The recent outbreak of Covid in China in December 2022 now threatens to raise its head again. How will Africa survive it this time? Will the Ukrainian war that has extended longer than anyone would have imagined – triggering a devastating ripple effect on the economies of Africa – become worse in 2023?

Christian publishing professionals are experiencing an equally difficult season as they serve.
In late November, I visited Harriet, the proprietor of Beulah Christian Bookshop in Accra. She had to check with her banker for the dollar rate before we could finalize a purchase at her bookshop! The Cedi was getting so unstable that traders had to regularly check the daily rate. At one point, it had hit a high of 15 cedis to 1 USD. She was counting losses, yet she and her husband continued to keep their bookshops open! How will Ghana handle the restructuring of its foreign debt? How will other nations countries like Kenya handle the dicey issue? What will it mean for publishing?

Just a few months ago, Ivanova Fotso’s editorial work was frequently interrupted by unstable electricity supply in Yaoundé. Young Cameroonians who had items such as LPG gas, cooking oil and their National Identity cards would proudly post their photos online to express their privileged standing for being in possession of such basic items. Will 2023 turn out better?

As we speak, there’s an ongoing political conflict in Eastern Democratic Republic of Congo near Goma where our brother Jean Pasteur, of CBCA is based. Will DRC Congo war with the M23 rebels extend into 2023? How will that affect CBCA’s plan to set up a printing press in Goma?

Burkina Faso went through a military coup where our sister Dr. Joanna Ilboudo is leading a publishing house. In addition to the political instability, her husband passed on. We mourn with her! That sounds like a really hard year for her ministry and family.

Who’d have thought that the continent that was feared to be outrun by Islam in 1910 would emerge the most Christian by 2018? Who’d have thought that Rwanda would rise from its devastating genocide and be published by TIME magazine among 50 extraordinary tourist destinations in the 2022 world’s greatest places to visit? Who’d have imagined that Egypt would be building a new city from scratch barely a decade after the Arab Spring? Who’d have thought that Morocco would become the first African nation to reach the semi-finals at the FIFA World Cup? Who knows what God will do in 2023 to turn around the grim picture that overwhelms our vision for a flourishing Christian Publishing in Africa? If you’re like me, you often forget to factor in the unseen sovereign hand of God in shaping His world according to His purposes. We get surprised by unexpected events that completely turn around the scene.

Because we believe our God is sovereign and has resources and power beyond our imagination, we respond in faith and not by sight. We commit to fervently PRAY but at the same time continue to PUBLISH by faith in and through the dark seasons!

As Christian Publishers and Booksellers, we carry that divine trust as beacons of hope and life in our nations. We pray earnestly and fervently that God’s gospel of salvation with an eternal hope be proclaimed and published, even when all political and economic realities show the opposite. We continue to publish in times of political unrest and economic hardship because we have faith in the potency of the words we write.
May you plant ‘alfirin seeds’ where only darkness is visible to your human vision. May you carry that nagging hope that refuses to resign to all the pessimistic media predictions of darkness, gloom and even death in your country, because in all these things we are more than conquerors through him who loved us.

Gathuku Kibunga is the current Executive Secretary of Africa Speaks.