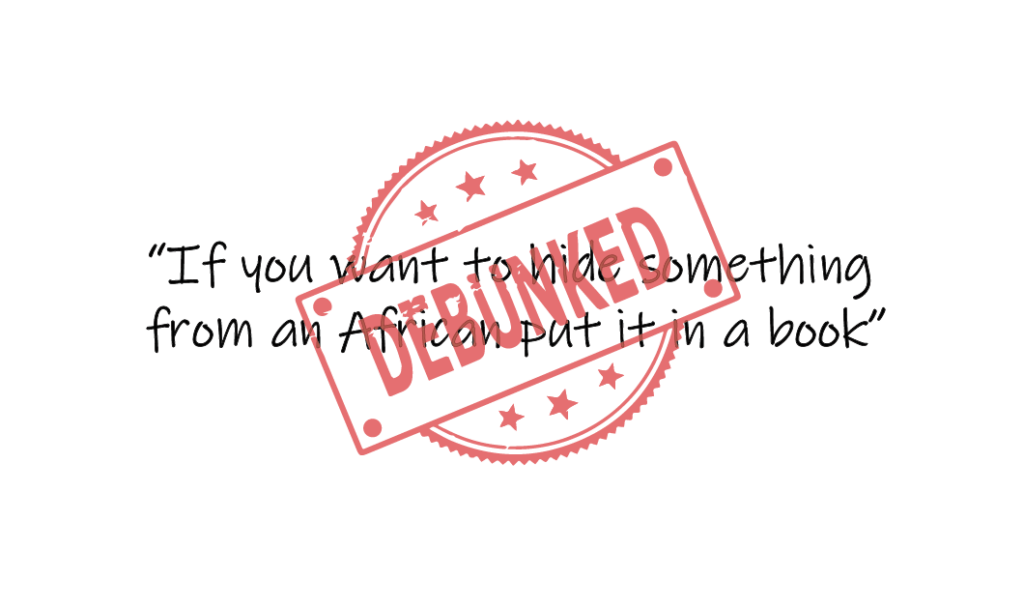 Is it true that if you want to hide something from an African, put it in a book? This fallacy is debunked in the African Leadership Study (ALS), which provided evidence that many African Christians read quite a bit. The 2016 ALS survey, initiated by Tyndale House Foundation, was carried out in Angola, the Central Africa Republic (CAR), and Kenya to identify strategic opportunities for supporting the development of Christian leaders in Francophone, Lusophone, and Anglophone Africa.

Africans are reading. The survey shows one-third of the respondents indicated they had read at least six books in the last year, with 60% of pastors reporting they had read at least six. The survey by Pew in 2014 showed that half of American adults had read five or fewer books in the previous year. While African Christians read books at lower rates than Americans do, the difference is less than one might expect. The more pertinent question, therefore, is what Africans are reading. It is interesting to note that Tanzania , for example, has about 80 local dailies (and even half dailies) according to Dr. Sokile, a local Christian publisher. This may easily be the highest in Africa. 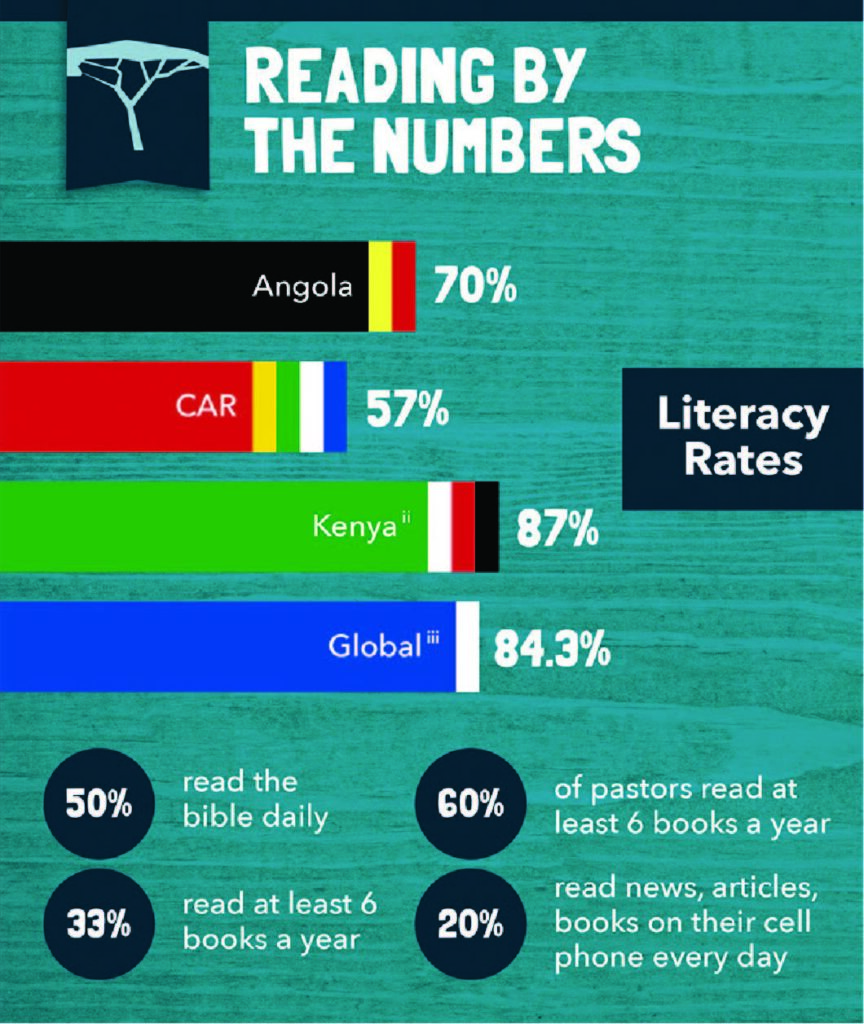 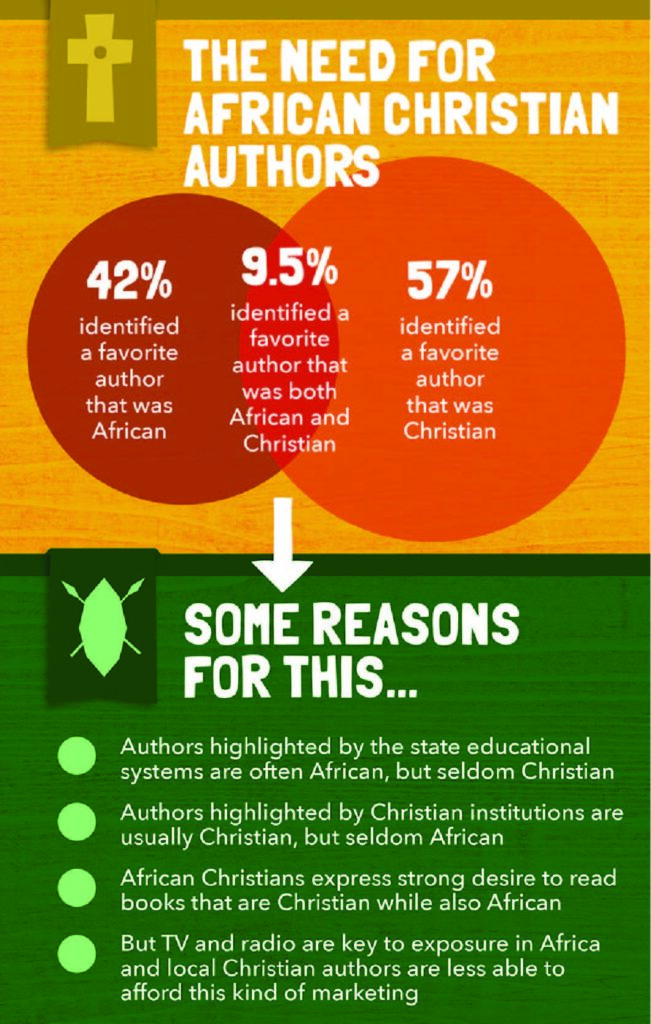 One factor is that favourite authors come from the list of books assigned for government schools to read. This exposes the author to a broad readership and increases their chances of being selected as a favourite author. While Christian educational institutions do not function under such a list, the books stocked in theological libraries similarly signal the importance of an author. The curriculum and the libraries of these institutions provide less support and exposure to African authors than do government schools.

In addition to the lack of placement in libraries and bookstores (both Christian and nonreligious booksellers), they also lack visibility and publicity on radio and television. A perusal of a Christian TV Channel showed that most of the speakers featured were American religious personalities. These are the same ones who top the list of favourite authors. Where there was an option for a book or author to be featured, the costs were prohibitive. These are some, among other factors, elaborated on in the ALS report.

What Does it Matter?

Prof. Jesse Mugambi, a long-time publisher and theologian, has asked, “How can Africa’s youth develop new insights to solve problems in the context of its own culture, while it is mostly presented with literature coming from other cultures?” The chapter of the ALS on ‘Reading and Leading’ concludes with proposed commitments that must be made in light of Jesse Mugambi’s words: The time has come for Africa’s elite to market their contribution toward shaping the future of this continent through publication of the knowledge and experience accumulated at home and abroad. You can find these commitments and other findings of the survey in the African Christian Leadership book.

Africa Speaks is structuring itself to provide discoverability for African Christian Authors in two ways; one, by providing a comprehensive database of leading Christian authors in each country and secondly, feature best-selling titles each year on our website, in the near future. A few weeks ago we shared a list from Dr. Harvey Kwiyani of some of the excellent books written by Africans about Africa here.

Sign up here to keep up to date with what is happening in matters Christian publishing in Africa.

Walking The Talk: Implementing the Africa Leadership Study…
A Unique Survey of Booksellers in 19 African Countries
Is it Possible to Have a Robust African Christian Publishing…
When A Goat is Present
Journeying With African Christian Scholars and Writers
Meeting the Publishing Challenges in Yaoundé