The former Bishop of Kajo-Keji in South Sudan, and advisor to the Archbishop of Canterbury on Anglican Communion affairs, the Right Reverend Anthony Poggo, has been appointed Secretary General of the worldwide Anglican Communion. His role is to head the Communion’s Secretariat, which is based at St Andrew’s House in London, UK. He is responsible for Primates’ meetings and meetings of the Anglican Consultative Council and its Standing Committee.

The Archbishop of South Sudan Justin Badi Arama, said: “We thank God that out of the suffering Church in South Sudan, God has raised Bishop Poggo to this highest position. He is coming at a time when the Anglican Communion is facing many challenges. But as Mordecai said to Esther; we trust God that ‘maybe it is for such a time like this that God brought you up.’ We encourage him to always be guided by the Scriptures as we support him in prayers.”

We thank God that out of the suffering Church in South Sudan, God has raised Bishop Poggo to this highest position.

He will bring to this role the experience of two decades of service as a bishop in South Sudan, years of experience as an editor with Scripture Union and Sudan Literature Center, and a childhood refugee background.

Scripture Union and ACROSS Legacy

After earning a master’s degree in Biblical Studies at the Nairobi International School of Theology, now Africa International University, Archbishop Anthony Poggo served among Sudanese refugees in Northern Uganda with Scripture Union (SU), becoming the first full-time South Sudanese staff worker for SU. He was ordained a deacon in 1995 and a priest in 1996. He continued to work for Scripture Union until he moved to Nairobi to join a Christian organization called ACROSS (Association of Christian Resource Organizations Serving Sudan). There he was asked to manage the Sudan Literature Center (SLC), which produces Christian books for Sudan.

After a few years, he took a one year leave from his work to earn an MBA in Publishing at Oxford Brookes University. Upon his return, he rose to the position of Publishing Director and eventually became the Executive Director of the organization. In an article published in the October 2001 issue of The Door, a magazine of the Diocese of Oxford, Archbishop Anthony Poggo said he was doing a Masters in Publishing because he needed to be better equipped in management and because it fit well with what he was doing in publishing at the literature center.

He said: “Many people ask me: ‘you are an ordained minister, where is your parish?’ My answer is that I consider my parish the entire group of people in Sudan who use our books.”

The Sudan Literature Center Christian materials include hymnals, tracts, AIDS awareness material from a Christian perspective, prayer books, and song books. One of the popular titles is Shukuru Yesu, a collection of Juba Arabic and English songs which are popularly used across South Sudan and Sudan, and the diaspora. 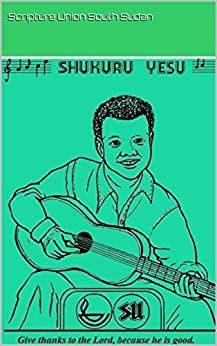 One of the people who inspired Archbishop Anthony Poggo to write was Myles Munroe, (1954-2014) a Bahamian evangelist and author of numerous books, speaker and leadership consultant who said: “If you want to continue your ministry beyond the grave, write a book.” Archbishop Poggo’s very first trip to the United Kingdom was to attend a Media Associates International (MAI)’s LittWorld conference in 1998. MAI is a non-profit organization which equips Christian wordsmiths, editors and publishing staff to create life-changing content in the world’s hard places.

Archbishop Anthony Bishop’s very first book was the result of a crucial choice. He chose to write a book first before finishing his research and thesis for his degree. He was convinced that a book would have more impact than a PHD research thesis that would be in a University library and maybe read by very few people. His book Come Let Us Rebuild, published by Tim Flatman in 2013, is a commentary on the Book of Nehemiah (who was himself a refugee) in which he highlights striking parallels between the Jewish remnant in Jerusalem, and the condition of his own nation, South Sudan, as it emerges from long-term conflict. Archbishop Poggo finds Nehemiah of urgent relevance to South Sudan on current issues such as climate change, planning, leadership, reconciliation, spiritual gifts, and community renewal. It certainly also speaks to today’s world, full of refugees and displaced persons from countries around the globe. 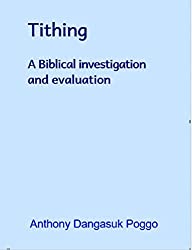 His second book, Tithing: A Biblical Investigation and Evaluation, published by the Sudan Literature Center, looks at Old and New Testament teachings, and supplies clear, practical principles to guide Christians in their giving.

Although his current role does not give him enough time to write as he would like, he is always willing to encourage those who have the ability and time to write. He would like to write a third book that includes lessons from what he learned serving as a Bishop for 20 years.

We thank Archbishop Anthony Poggo for his gracious granting of an in-person interview, despite his very busy schedule. Let us keep him in our prayers as he assumes his new role in the worldwide Anglican Communion – as he “speaks with an African voice.”

We are an international network of professionals committed to a flourishing Christian publishing industry in Africa. We believe publishing—in its broadest sense—is a powerful tool to give voice to the heart and hope of Africa.