It all started with a blog, PaulieMugo.com, which received a nomination in the category: “Religion and Spirituality” at the BAKE Awards in Kenya. While attending the bloggers’ award ceremony in May 2018, Ms. Paulie Mugure Mugo, Christian Writer & Entrepreneur, was inspired to start a Christian writer’s network.
“Though I appreciated the recognition,” Paulie says. “I felt that Christian writing was significantly broad and warranted much wider effort and attention. So, I contacted Ms. Jane Harel, whom I knew to be working on a book, and shared with her the idea of starting a community of Christian writers. Jane in turn contacted Ms. Rose Kainda on the same. Within a few weeks we had reached out to a number of other Christian writers and agreed to hold a meeting to discuss the way forward.”
The first meeting was held in June 2018, and by the next month, at least twenty Christian authors had committed to joining the community, with the three initiators serving as chairperson, vice chairperson and secretary respectively. The Kenyan Faith Writers Network has since grown to more than fifty members and look forward to continued growth.

One of the KFWN’s core mandates is to enable their writers to reach as wide an audience as possible. In this regard, one of their key activities is the organization of an annual book launch, during which members publicize the books they have been working on in the course of the year. This enables each of them to launch and market their publications, together with other writers, at an affordable cost.
The first of these events was held in November 2018, and they have since held a similar event every year. The event brings Christian writers, bloggers, publishers and other practitioners together for a time of vibrant networking and celebration.
“Through this, we hope to draw wide attention to our authors, books and partners via print, broadcast and online media,” says Ms. Paulie Mugo.
The Annual Joint Book Launch provides the following benefits to the members: 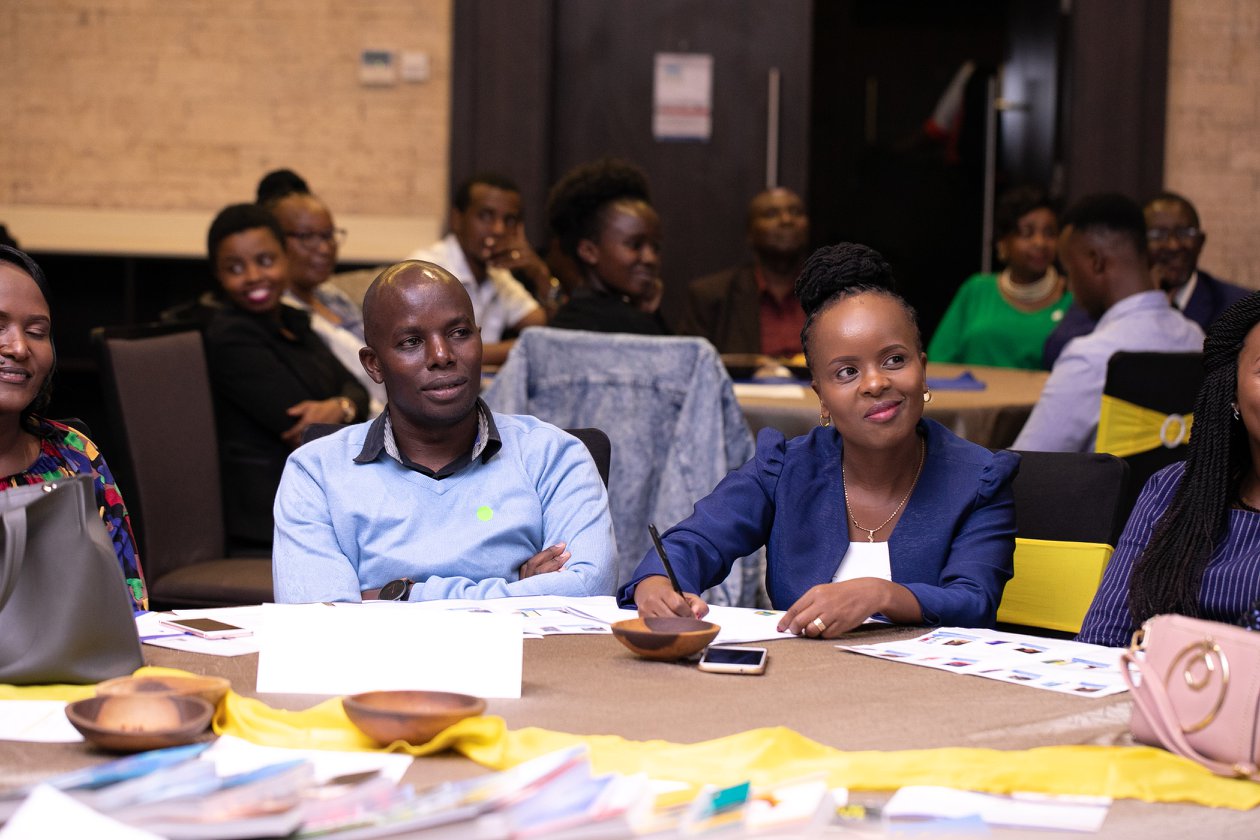 Since inception in 2018, KFWN has held a joint book launch each year, and to date has brought close to fifty new Christian titles to market.
The books launched at this event are selected and published following a specific process.
In early January of each year, KFWN issues a call to members, asking those who intend to publish one or more books during the year to register their project. At this point, they are asked to send in at least one working title of the book. Authors then continue to work on their books for the next six months, and are asked to send a first draft, in electronic form, to the editorial team by June 30. Books received by this date are then checked by the editorial team to ensure that each book meets KFWN standards and requirements. Any comments/corrections are sent to the author by July 31. The authors then incorporate the comments/corrections and proceed to print a first draft. This draft must be returned to the editorial team by September 30. A second and final quality check is performed, and authors receive feedback in a week or two. The authors then print their books, which can now carry the KFWN seal, and are launched together in November.
In addition to the Annual Joint Book Launch, the KFWN also organizes public book reading events during which they promote books that have been recently published by their authors to a live listening audience. Another of their key initiatives is the training of authors on an ongoing basis, and Let’s Shine! Magazine, one of Kenya’s first online Christian publications.

The KFWN seal signifies that a book has been reviewed and approved by the KFWN editorial team and certifies that: the author is a member of KFWN; the content is based on Scripture and is biblically sound; the writing, formatting, design and printing of the book meet KFWN and other quality standards. 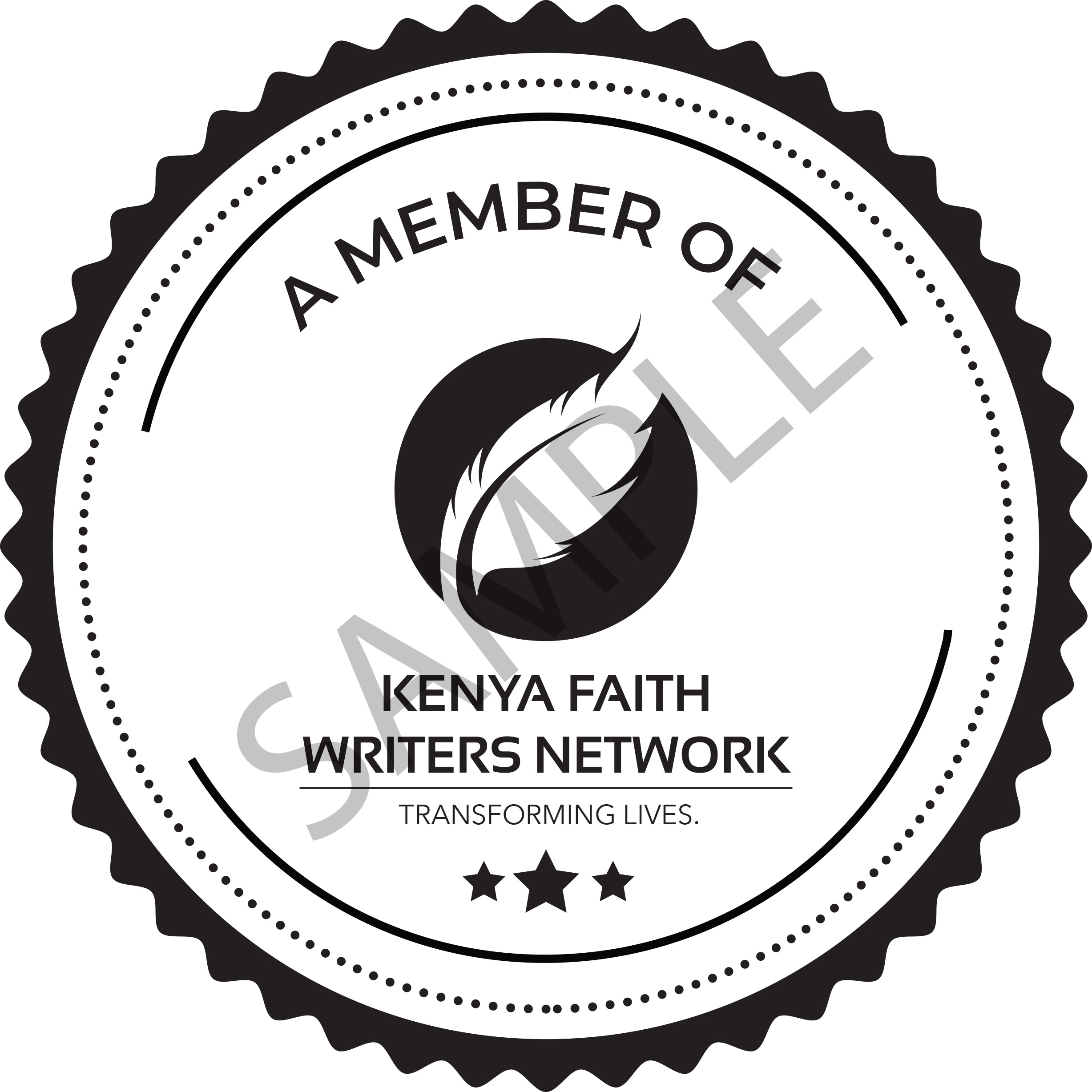 Several publications that have been authored by KFWN members, and have undergone the above process, have gone on to fare very well. Two of these publications have attracted significant accolades: When Tears Almost Tear by Eva Mumbi who has been featured in several broadcast media, as a consequence of the testimony she has shared in her book; and Managing Your Finances God’s Way by Gladys Juma. This book won an ACABA award in the Business/Finance category in 2021. 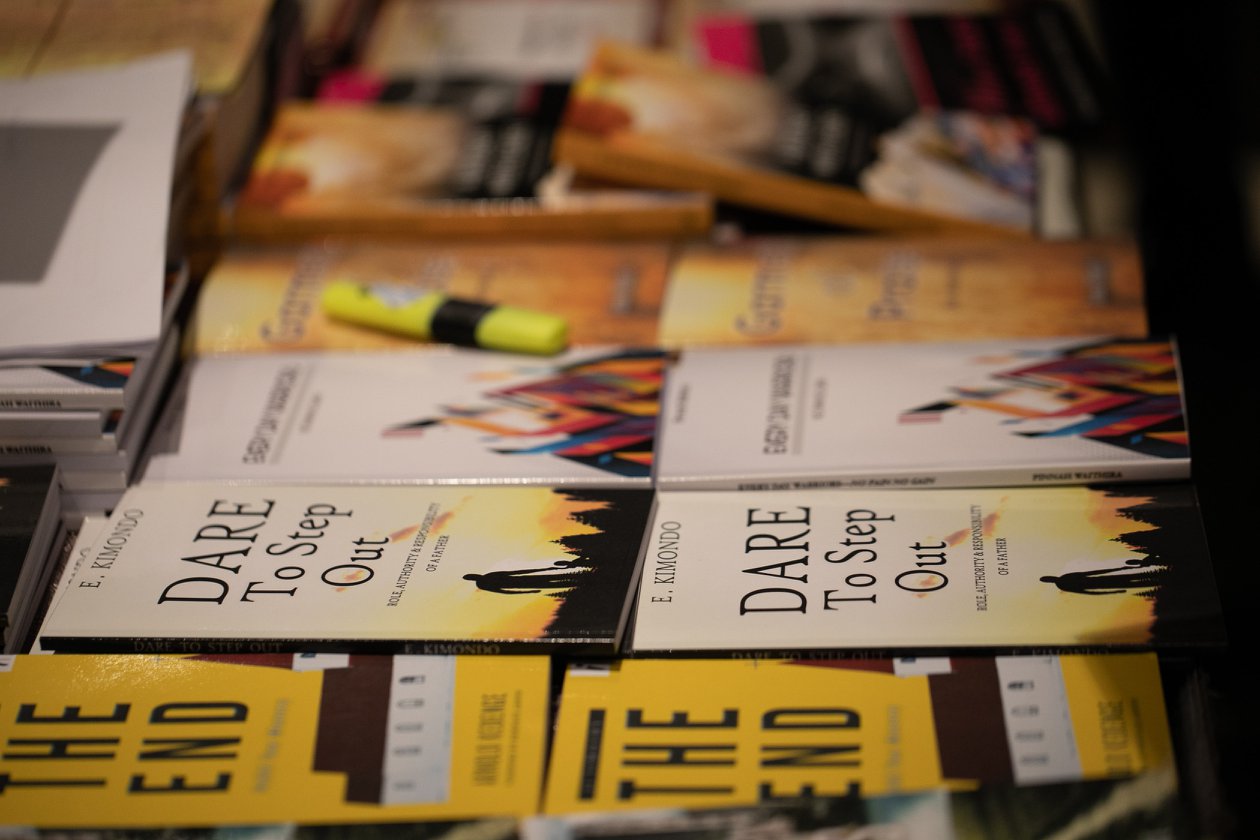 The 2020 and 2021 events were held virtually due to the Covid pandemic. This year 2022 will mark the return of the in-person event, which will include both a joint book launch for KFWN authors and a book fair open to all Christian authors, including non-KFWN members. It will take place on December 3 in Nairobi under the theme “Writing to Transform”. Please contact KFWN at kenyafaithwriters@gmail.com for more information

Join us in prayer for the Kenyan Faith Writers Network as they strive to positively impact society through the gift of writing, for the advancement of the Kingdom of God.