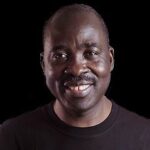 Imagine having to review and change the price tags on the books on sale every single day – manually? This is what a publishing industry player from Democratic Republic of Congo had to do because of inflation and currency fluctuations.

While the situation has since improved, it took Daniel Bourdanné several months to get 50,000 copies of the Gospel to 18 countries across French-speaking Africa. He had to rely on travellers, slipping a few books into their luggage, with no guarantee that the books would make it to their destination. The books were at the mercy of corrupt customs officials and even where the law provided for duty-free treatment of books, the corrupt officers would skilfully circumvent the law and extort payments.

These, and many other stories, illustrate the trying conditions under which actors of Christian publishing work. What would you do if you found books from your publishing company on sale on the black market? A little investigation by one such publisher revealed the printer they had contracted – sensing the book would sell well – had printed additional copies privately. While you could easily use such a printing press in the US or in Europe, you would have a hard time doing so in most African countries. Your quest for justice would be futile, especially if you are up against a state-owned printing press. They are far more powerful than you.

Resilience, perseverance, courage and sacrifice are some of the words that can be used to describe the current players in Africa’s publishing. These players, in their firm determination to serve through publishing, are the midwives of the region’s transition from orality to writing. Africa has an oral tradition going back thousands of years. The older people grew up listening to proverbs, oral and initiatory traditions. The elderly were walking libraries and reading was an ongoing, open activity. In the universe of African oral tradition, as Fulani language scholar, Amadou Hampâté Bâ, said, an old man who dies is a library burning.

“An old man who dies is a library burning.”

Modern education and its tradition of books brought a shift. The transition to writing is still in progress. Reading, for example, is done in foreign languages – often in the colonizer’s language. These languages are still perceived in our subconscious as the language of might. Though we use them, in our subconscious it feels as though we were still cloaked in our past defeats. Books are usually not available, accessible, and affordable. Even for those who want to read, it is often hard to find books locally, especially if they do not speak English.

African publishers who work under very trying circumstances must therefore encourage each other. Mutual encouragement is a step on the path to success as we are not in the same position as the Western countries which have a long-standing tradition to build on: a tradition of entrepreneurship, a business culture, and a culture of competition.

Many may view the task of developing the Christian publishing industry as a battle of the Israelites against the giant Goliath – a hopeless endeavor – but there are lessons for us in the victory God enabled David to achieve. It can be argued that this victory was actually through a change in perspective – a paradigm shift – that David introduced. Up and till until then, the prevailing military paradigm held that to win wars, you needed mighty warriors, exemplified by Goliath in terms of his height (a giant), outfit, armor, war strategy and experience. Everyone believed in that paradigm, beginning with the Philistines themselves. The Israelites had no giant in their ranks to face Goliath.

David was young. He didn’t stand as tall as Goliath. He didn’t have Goliath’s armor. And even if someone were to loan him such armor, it would be too heavy for him to wear. His new paradigm was a sling fight. He picked five stones,four of which he did not need, because just one proved to be enough.

With a change in paradigm, those in publishing must therefore avoid shortcuts, quick and reductionist conclusions, or often harsh judgments which do nothing to encourage but rather discourage those who are pioneering the Christian publishing industry. There is a need to pursue efforts to promote widespread reading and writing to win the challenge of establishing a reading culture.

“We must therefore avoid shortcuts, quick and reductionist conclusions,
or often harsh judgments which do nothing to encourage but rather discourage
those who are pioneering the Christian publishing industry in Africa”

The Christian publishing revolution will serve our youthful, often idle population. These youths are looking up to us for tools to spark a transformation. The publishing revolution will also serve the potential presidents and innovators (who are the children living in our slums); and women (church members who are being manipulated by pastors), who though illiterate, are feeding Africa. Africa has no money to offer the West, and the West does not need our immigrants. The writings of Africa can at least make the West smile again and perhaps restore what Amadou Hampâté Bâ called “a human dimension which is being eroded by modern technology”. They can offer an understanding of the practical meaning and real-life testimonies of certain Christian values and virtues such as suffering and perseverance. Yes, the West also needs to hear Africa’s message. In fact, so does the whole world.

Daniel Bourdanné has been involved in student ministry for more than 20 years, having been on staff with IFES in Francophone Africa as regional secretary, responsible for overseeing IFES ministry across the region’s 20 countries, before being appointed to his current global leadership role.